Chelsea 'interested in signing Manchester United wonderkid Angel Gomes' on free transfer this summer as midfielder hesitates over £25,000 a week offer to stay at Old Trafford 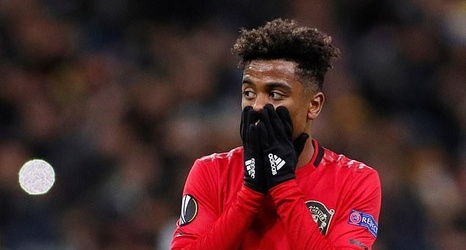 Gomes has long been regarded as on of the outstanding talents inside United's academy and in English football but is yet to establish himself at Old Trafford.

After shining on the club's pre-season tour of China, the 19-year-old has made just eight appearances in all competitions this term, mainly as a substitute.

United don't want to lose Gomes, whose godfather is the club's former winger Nani, and have offered him a £25,000-a-week contract to extend his stay at the club.