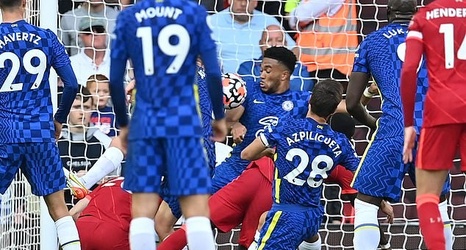 Chelsea has until Friday to respond to two charges from the Football Association of being unable to control their players during the 1-1 draw at Liverpool.

Thomas Tuchel's side were left furious at the decision to send off Reece James following a handball on the line.

Referee Anthony Taylor went over to the video assistant review monitor and immediately elected to show James a straight red card which, the FA allege, led to arguments with Chelsea players that extended beyond the half-time whistle.

In a statement the FA said: 'Chelsea FC has been charged with two breaches of FA Rule E20.