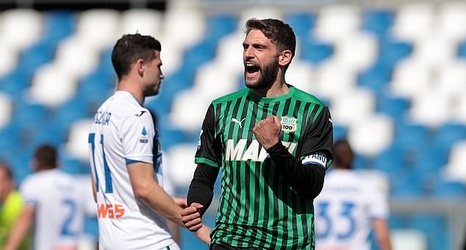 Chelsea have enquired into signing Sassuolo and Italy forward Domenico Berardi, according to reports in Italy.

The 26-year-old impressed for his country at Euro 2020, claiming two assists in the group stages on the Azzurri's way to winning the tournament after beating England in the final on penalties.

The forward has played his entire club career at Sassuolo since his first-team debut in 2012, having famously turned down a move to Juventus despite being co-owned by the Serie A giants between 2013 and 2015.

But Sportitalia claim that the Blues have made enquiries into Berardi's availability, while adding Borussia Dortmund and West Ham are also tracking the Italy star.