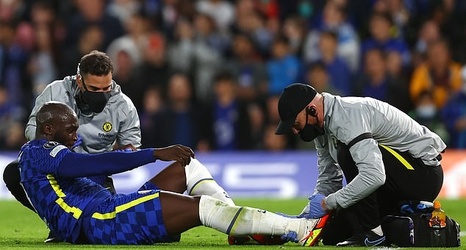 Chelsea have been dealt a cruel injury blow during their Champions League game against Malmo after Romelu Lukaku limped off in the first-half.

The Belgian has been out of form in recent weeks but had the perfect opportunity to rediscover his spark against the Swedish minnows.

But the 28-year-old's night was cut short after he picked up what looked to be an ankle injury as he got caught up with Malmo's Lasse Nielsen.

In an attempt to stop the Blues striker's forward move, Nielsen lunged in, only to wrap his legs around Lukaku, who crumpled to the turf with his ankle pinned.