Chelsea cult hero Diego Costa 'could make stunning move to BIRMINGHAM - if crisis-hit Championship club is taken over by investors including one-time Barcelona starlet Maxi Lopez, who is lining up a number of former South American stars' 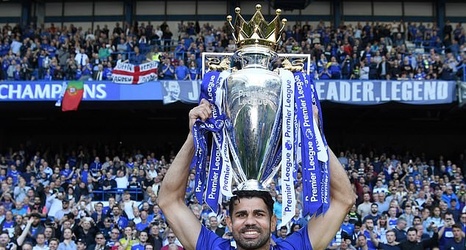 The Midlands side's current Chinese owners are said to be open to selling a share in the club and hand over the running to new directors, with Lopez interested in the taking control.

The former Barcelona starlet, who scored against Chelsea in the Champions League in 2005, is part of a consortium bidding to take over at St Andrews alongside businessmen Paul Richardson and Christian Codoma.