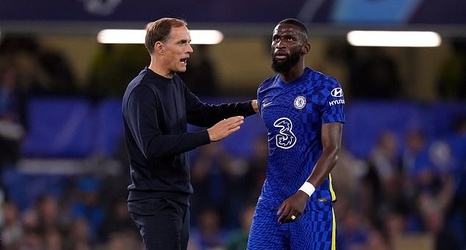 Rudiger's terms expire at the end of the campaign, and Tuchel confirmed Chelsea's board are in talks on an extension - Sportsmail reported earlier this week that PSG, Juventus, Real Madrid and Bayern Munich all hold interest in the centre back should he leave on a free transfer next summer.