Chelsea boss Thomas Tuchel admits the list of transfer targets he gave new owner Todd Boehly was 'unrealistic' and a 'fantasy'... but claims his side would be able to fight for the title if he got them all 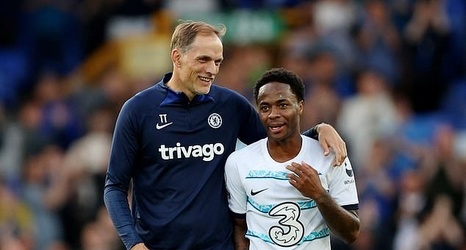 Thomas Tuchel admits the initial transfer targets he gave new owner Todd Boehly to turn Chelsea into title contenders was a fantasy list beyond the realms of achievable.

But, as Chelsea prepare to take on Tottenham today, Tuchel insists the club's ambitions can be lifted beyond the top-four if they can pull off their final summer signings.

They have Raheem Sterling, Kalidou Koulibaly, Marc Cucurella and Carney Chukwuemeka in what is sizing up to be their biggest ever summer spend, with one more signing meaning it would outstrip anything former owner Roman Abramovich did.