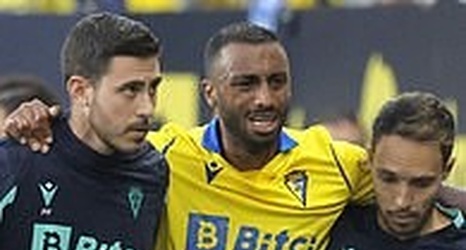 Cadiz defender Carlos Akapo has posted a gruesome picture of his bruised and bloodied foot that he sustained after a reckless tackle from Eden Hazard, leaving him with two broken metatarsal bones.

Former Chelsea star Hazard caught the Equatoguinean centre back while going for the ball, with the nasty tackle drawing blood from the top of Akapo's foot and forcing him to limp off in the 75th minute of Cadiz's 1-1 draw with Real Madrid.

Akapo took to social media shortly after to show off the wound left by the tackle before later revealing that he has broken his second and third metatarsal bones as a result.