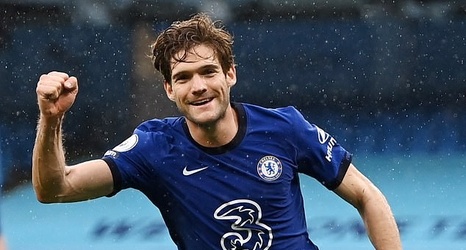 Barcelona have reignited their interest in Chelsea defender Marcos Alonso, according to reports in Spain.

The 30-year-old played just 17 matches across all competitions for the Blues in the 2020-21 season, scoring two goals from the left-hand side.

But with LaLiga outfit Barcelona looking to move Junior Firpo on this summer, Mundo Deportivo claim they have approached Champions League winners Chelsea over replacing him with Alonso.