Ashley Cole outlines his plans to head into management 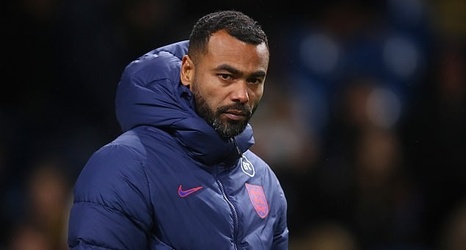 Ashley Cole insisted the ruthlessness of management does not faze him and plans to devote his career to the dugout.

The former left back, now assistant to Lee Carsley with England's Under 21s, revealed on Monday that he caught the bug for coaching while captain of LA Galaxy.

Cole splits time between England and working in Chelsea's academy, with his sights firmly set on following former international teammates Frank Lampard, Steven Gerrard and Wayne Rooney in eventually becoming a No 1.

'I've lived and breathed football and I don't think going into coaching or management should scare anyone,' Cole said.