Antonio Conte's Tottenham honeymoon is OVER after limp Carabao Cup exit to Chelsea... optimism has turned to gloom with the Italian frustrated by a lack of signings and his stale team scraping results - and Harry Kane STILL wants to leave! 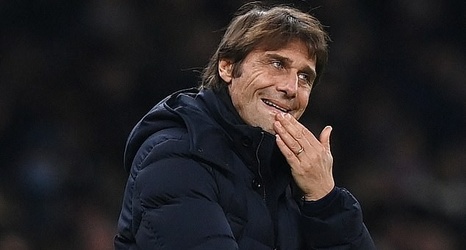 It's scary how quickly the mood can change at Tottenham. Their rollercoaster of a season has taken another nosedive after being dumped out of the Carabao Cup semi-finals by Chelsea - how fans would like to get off this ride now.

The arrival of Antonio Conte was greeted like a god, coming to save a club that was decaying from the inside - starved of identity, proper investment and direction. Punters were right to think this was a man who could lift Spurs out of the mire and forge a team of winners.