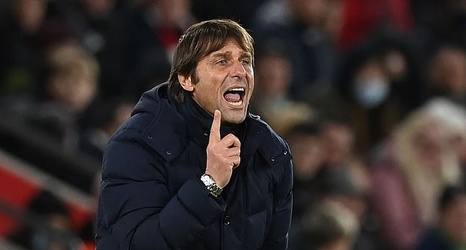 When Antonio Conte strides out at Stamford Bridge tonight for the first time since he was sacked as Chelsea manager in 2018, his heart rate will go up a notch.

Memories of the fans singing his name during his title-winning first season will come flooding back.

But the way things unravelled during a tumultuous second season was just as unforgettable.

‘We did a fantastic job with Chelsea, but sometimes it’s not enough,’ said Tottenham boss Conte, ahead of his return to the Bridge for tonight’s Carabao Cup semi-final first leg.