AHEAD OF THE GAME: Arsenal under pressure to include a release clause in new contract offer to Bukayo Saka as they look to tie down the exciting English talent on a long-term deal 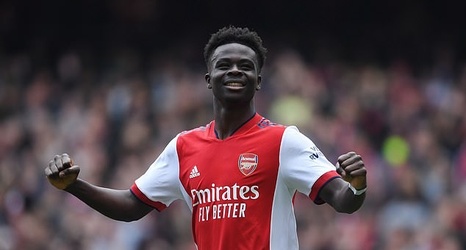 Arsenal are under pressure to include a release clause in the new contract they are planning to offer Bukayo Saka, with formal talks with his representatives due to start at the end of the season.

The 20-year-old England forward effectively has two years left on his deal, as Arsenal have the option of triggering an additional 12 months to the three-year contract he signed in 2020, but the club want to tie him down for considerably longer.

Saka is happy at Arsenal and has a good relationship with manager Mikel Arteta, but he wants to play in the Champions League so may be reluctant to commit himself without an exit strategy.