Achraf Hakimi confirms he rejected European champions Chelsea to make £60m move to PSG this summer, claiming he knew he 'would have been happy' in Paris 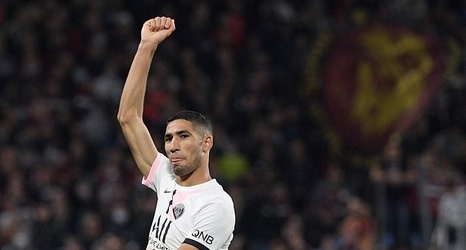 Achraf Hakimi has confirmed he turned down European champions Chelsea in order to complete a £60m move to Paris Saint-Germain this summer, claiming he felt happier about a move to the French capital.

Sportsmail revealed in June that the Blues were in talks with Hakimi's former club Inter Milan for the Moroccan right-back, with current first-choice left wing-back Marcos Alonso offered to the Italian side as part of the negotiations.

Hakimi was the first of several stars based in Europe to move to Mauricio Pochettino's PSG this summer - including Lionel Messi, Sergio Ramos and Gianluigi Donnarumma - and the 22-year-old admitted this project was more appealing than Chelsea's.