A keeper who played in the SEVENTH tier, the Porto striker who scored on debut and a misfiring £23.5m man - after Smith Rowe and Gallagher made their senior debuts, where are the rest of England's U17 World Cup winning squad... and who'll graduate next? 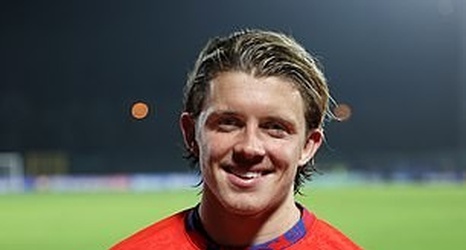 For all the furore and fanfare surrounding the England football team amid Euro 2020 and the World Cup in Russia three years ago, 2017 will go down as the year the next generation of national talent burst into the worldwide spotlight.

First, the Under-20s were crowned world champions, then the Under-17s stormed to an exhilarating triumph of their own in India. Six of the U20s have since graduated to the senior international side - and now that number is five for the U17s after Emile Smith Rowe and Conor Gallagher were picked by Gareth Southgate this week.