Update Given On Miles Bridges Status This Offseason 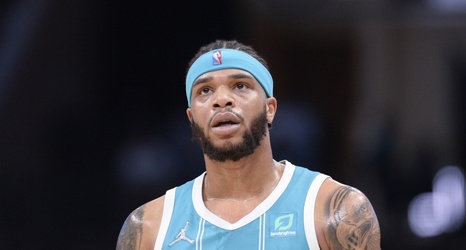 Miles Bridges, who has been accused of assaulting his girlfriend in front of their two children and pleaded not guilty to these charges in July, has had his preliminary court hearing in California rescheduled to September 29, according to The Charlotte Observer.

Bridges, 24, was originally scheduled for a preliminary hearing on August 19 and then had this rescheduled to September 7 before it was rescheduled a third time recently to the end of September.

The three felony chargers Bridges pleaded not guilty to include one felony count of injuring a child's parent and two felony counts of child abuse under circumstances or conditions likely to cause great bodily injury or death.