The Charlotte Hornets are on a roll. Panthers? Not so much 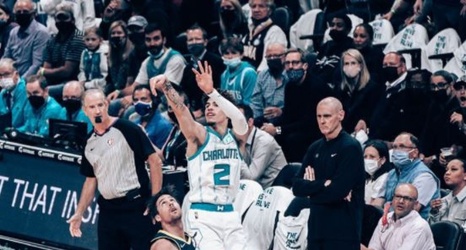 The Charlotte Hornets are coming off of three straight wins as they face the Boston Celtics on Monday night. It’s the first time they’ve started off 3-0, and point guard LaMelo Ball, last year’s rookie of the year, is not disappointing fans so far — including a 31-point performance in Charlotte’s home opener against the Indiana Pacers.

“He’s been great — no hangover from rookie of the year,” The Charlotte Observer’s Langston Wertz Jr. told WFAE’s Gwendolyn Glenn on this week’s Time Out for Sports segment. “He’s matured. He’s gotten stronger, and he’s got a better grasp of the NBA play.