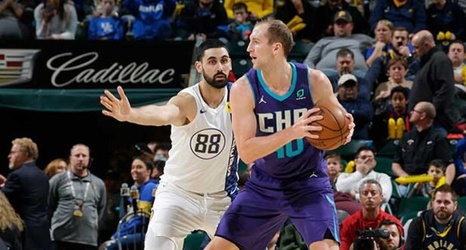 Although it was a transition year for the Charlotte Hornets organization that focused heavily on youth and player development, seven-year veteran Cody Zeller made significant strides to his game both individually and from a leadership standpoint.

Zeller kicked off the season recording double-doubles as the team’s starting center in each of his first four appearances, something that hadn’t been done by a Charlotte player since Emeka Okafor in 2005. He averaged 15 points and over 13 rebounds during this stretch, a promising sign after left knee soreness sidelined him for the final 16 games of last season.