Richaun Holmes is looking for a four-year, $80 million deal this offseason 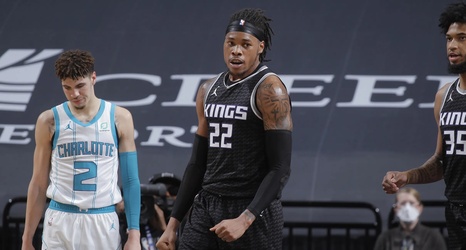 According to James Ham of NBC Sports Bay Area/California, Richaun Holmes is looking for a four-year deal worth around $80 million.

Holmes has been one of the top targets in the eyes of Charlotte Hornets fans for a while, now. With their clear need at the center position, most Hornets faithful have keyed in on a few players this offseason. Other than Holmes, players such as Myles Turner and Nerlens Noel have become popular ideas.

The Hornets are projected to have just over $20 million in cap space this offseason. While they will certainly spend some on bringing back Devonte’ Graham and/or Malik Monk, it is unlikely that they retain both of those players.