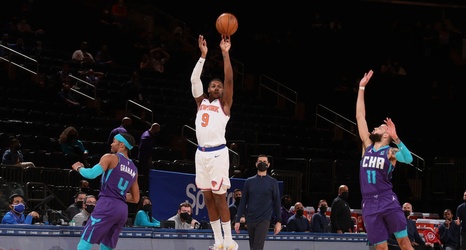 Barret scored 18 of his 24 points in the third quarter alone. New York managed to win the third by a score of 31-16. Each other quarter was decided by exactly three points, but the 15 point gap in the third was enough to make this one look like a dominant win by the Knicks.