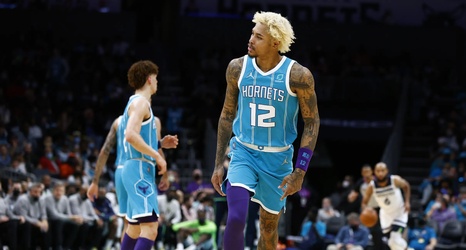 The Charlotte Hornets tied a franchise record with 23 made 3-pointers, led by Kelly Oubre with seven 3-pointers as part of his 27 points, as they notched a commanding win over the Minnesota Timberwolves, 133-118.

The teams played an even, back-and-forth first quarter. The Hornets moved the ball extremely well and got themselves going early on. LaMelo Ball didn’t score in the quarter, but he did drop six assists. Kelly Oubre splashed a triple in the final seconds to put the Hornets up 30-28 after one, and that would prove to be a sign of things to come.