Recap: Hornets lose for the first time when leading at the start of the fourth quarter, 105-101 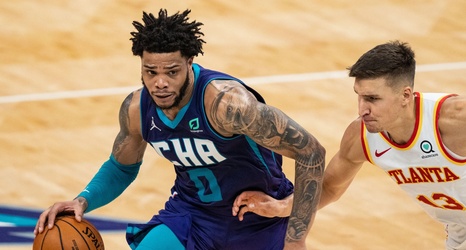 Miles Bridges scored 23 points and destroyed Clint Capela on a fourth quarter dunk, but the Charlotte Hornets faltered late and fell to the Atlanta Hawks, 105-101.

The Hornets got off to the coldest start imaginable. They made one of their first eleven shots from the field as they fell behind 16-3 to start the game. Miles Bridges finally made the Hornets second field goal nearly six minutes into the game with the slowest eurostep you’ll ever see on a fast break. The Hornets started to find themselves upon Devonte’ Graham’s reentry into the game.