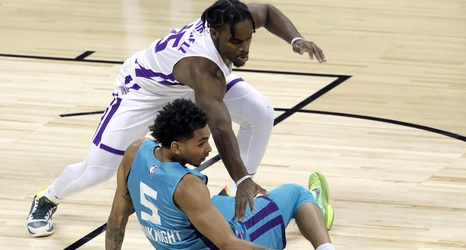 As Jonathan stated in the first Vegas Hornets game recap, getting the win is not the ultimate goal in Summer League games; as long as players are showing flashes and developing within the system, you’ve won. To sum up the Hornets-Kings game, though, we only need one word; ugly. Charlotte turned the ball over an astounding 22 times in 40 minutes, and even though there were only a few Hornets who played “well,” they still only lost by 10 because the Kings turned it over 17 times themselves.

To keep it consistent, here’s a bulleted list of takeaways from the second game in Vegas: