Progress: The Charlotte Hornets get the blowout win they’ve been seeking 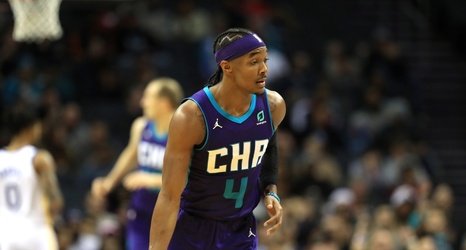 Going into Wednesday night’s game against the Golden State Warriors, the Charlotte Hornets had won eight games, which is more than a lot of people thought they would win up until this point. One thing, however, stood out, and that was the fact that each win they accumulated was very close in score.

In fact, the Hornets won those eight games by a combined 24 points. The biggest win they had was a seven-point victory over the Sacramento Kings. They’ve had three one-point wins and two three-point wins along the way.

Yeah, that’s pretty impressive but concerning at the same time.