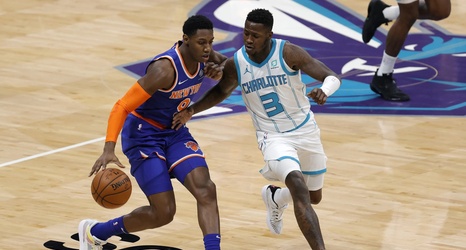 The Hornets took on the Knicks earlier this season on January 11, coming away with the 108-88 win. Both teams were obviously in very different places at the time in terms of rosters, but it was a solid win nonetheless. Gordon Hayward dropped 34 points and no one on the Knicks scored more than 19. Since then, the Hornets roster has been depleted and the Knicks have beefed up a bit.