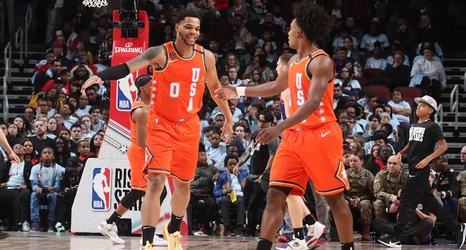 Miles Bridges was playing the best basketball of his professional career heading into last Friday’s Rising Stars Challenge at NBA All-Star Weekend in Chicago. Although it was ultimately an exhibition event, that didn’t stop the Hornets forward from showing out to the tune of 20 points, five rebounds, five assists and three steals in route to being named the organization’s first-ever MVP at the competition.

“I really just wanted to go out and have fun,” said Bridges, who became the first second-year player to garner the award after not making the game as a rookie since Kenneth Faried in 2013.