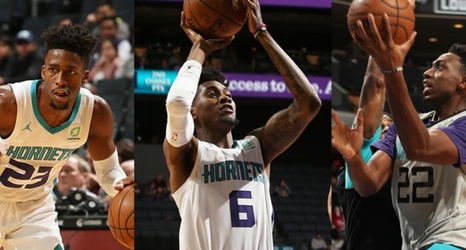 The fourth season of Greensboro Swarm basketball officially gets underway on Saturday night as the Charlotte Hornets’ G League affiliate kicks off its 2019-20 campaign with a visit to the Erie BayHawks beginning at 7 PM EST.

Greensboro is coming off a 24-26 season, narrowly missing out on the postseason by just two spots with an eighth-place finish in the Eastern Conference. Head Coach Joe Wolf, an 11-year NBA veteran with numerous professional, collegiate and international coaching stops – is back for his second year with the organization.

F Robert Franks and G Kobi Simmons – both two-way signees – will spend a maximum of 45 days at the NBA level and the rest of the season in Greensboro.