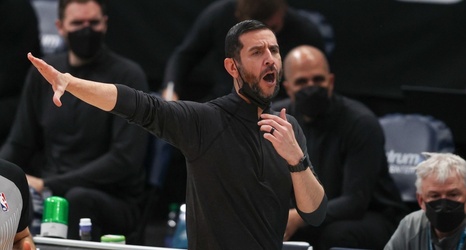 Sometime this week, things could be slightly clearer regarding LaMelo Ball's status.

When the Charlotte Hornets announced Ball underwent surgery on March 23 to address a fracture on his right wrist, they mentioned the rookie would be re-evaluated in a month. Tuesday marks exactly four weeks and he's expected to have a scan on his wrist this week. Once that happens, the Hornets should have a better idea of the recovery timetable and Ball can take the next step in the rehabilitation process.

In Part II of an exclusive interview with SI.com's Hornets channel, coach James Borrego (Part I is here if you missed it) discussed how they are keeping Ball sharp while he's out, outside expectations being ramped up, owner Michael Jordan's drive to win and more.