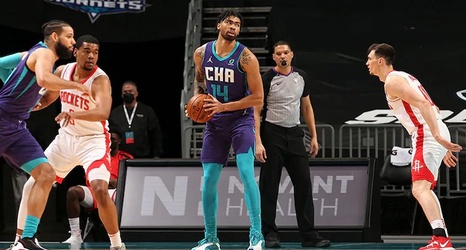 One of two first-year centers on the Hornets roster this season, Nick Richards might not initially have had much opportunity in Charlotte, but he certainly showed significant promise and intrigue when given heavy minutes down in Orlando’s G League Bubble.

Taken by the New Orleans Pelicans with the 42nd overall pick in the 2020 NBA Draft and then traded to the Hornets in exchange for a 2024 second-round selection, Richards played quite sparingly at the NBA level this season. Over 18 appearances as the team’s fifth-string center, he averaged 0.8 points on 44.4% shooting and 0.6 rebounds in 3.