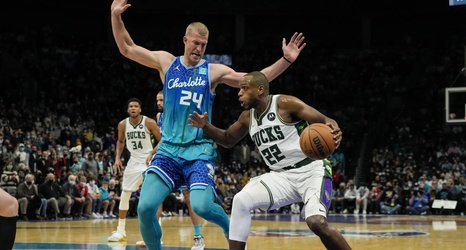 And just like that, we’re back previewing another Milwaukee Bucks and Charlotte Hornets matchup, this one coming in the wake of Darvin Ham’s team’s 114-106 loss on Friday evening.

Milwaukee tried to stage a furious late comeback against the Hornets behind 43 points from Giannis Antetokounmpo and a near triple double from Khris Middleton, but Charlotte made enough big shots against a few defensive miscues by the Bucks. Now, the good news is that this team won’t be playing on the second game of a back-to-back, so the rest should be even this time around.