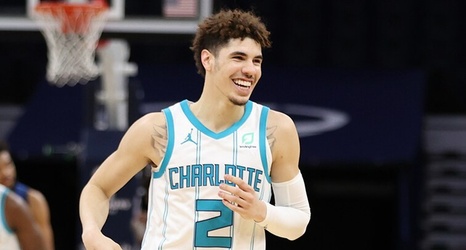 Ball, who was selected third overall by the Hornets in the 2020 NBA Draft, averaged 15.7 points, 5.9 rebounds, 6.1 assists and 1.6 steals in 28.8 minutes per game, appearing in 51 games (31 starts). Ball ranked 17th in assists and ninth in steals per game among league leaders in his first season as he became the only player in the last 60 years to lead all rookies in total points, rebounds, assists and steals at the All-Star break.