Kenny Atkinson pulled a Whitley, leaving Michael Jordan and the Charlotte Hornets at the altar 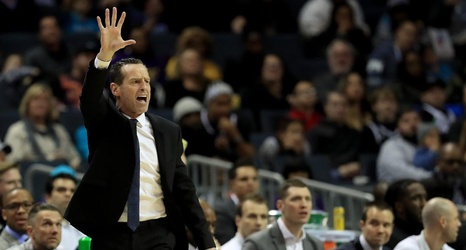 This is not said very often, but poor Michael Jordan. The NBA legend got Whitleyed by Kenny Atkinson. Jordan was about to start a new life with Atkinson leading his Charlotte Hornets. They fit together as well as Byron and Whitley in the fifth season of A Different World, but then Dwayne Wayne, a.k.a. The Golden State Warriors, showed up at the door.

With a postseason run that no one outside of their organization predicted in the fall, or at the conclusion of a regular season that ended with Stephen Curry on the sidelines, the Warriors reminded Atkinson of the great times they’ve had together.