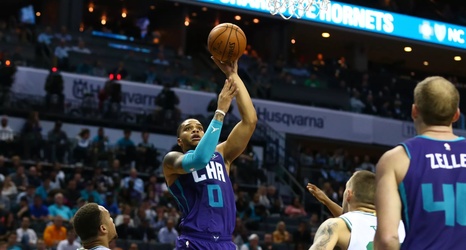 The team’s new point guards struggled against their old teams and the Charlotte Hornets struggled to shoot in general as they fell to the Boston Celtics,

The Hornets played with poise in the early moments of the game, which is impressive for such a young team on such an emotional night. Kemba Walker attempted the first shot of the game, but it was short. Miles Bridges opened the scoring with a 3-pointer off a couple offensive rebounds. After a few minutes of traded baskets, the Hornets went ice cold from the field while letting up easy buckets on the defensive end.