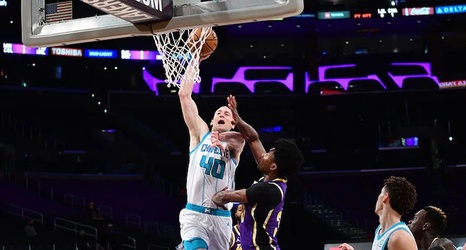 Charlotte suffered a rare, clutch-time home loss to Atlanta on Sunday afternoon to open up its three-game homestand, despite holding an eight-point lead with just under six minutes remaining. However, the real culprit behind the defeat was the Hornets watching the Hawks jump out to an early 24-7 first-quarter lead, forcing the former to play from behind for much of the opening three frames. A few weeks ago, Charlotte trailed the Lakers by 18 in the first half and although also eventually rallied to get within one in the fourth, had very little margin of error in the failed comeback attempt.