Hornets Look to Draw Even with Brooklyn Nets 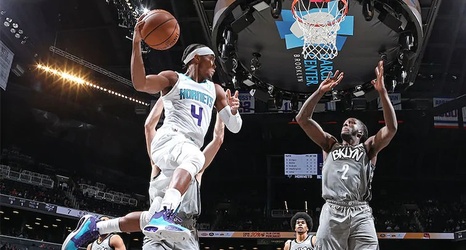 Coming off their most complete outing of the season, the Charlotte Hornets will aim to make it back-to-back wins when they host the Brooklyn Nets beginning tonight at 7 PM EST at Spectrum Center.

Backcourt running mates Devonte’ Graham (33 points; franchise-record-tying 10 three-point field goals) and Terry Rozier (25) combined for a monstrous 58-point showing in the team’s 106-91 home win over the Golden State Warriors on Wednesday night. The duo has continued to play extremely well off each other since Graham entered the starting lineup on Nov. 13, much to Coach Borrego’s approval.

“[Terry] wants to win and he believes Devonte’ gives us the best chance to do that,” Borrego said after the victory over Golden State.