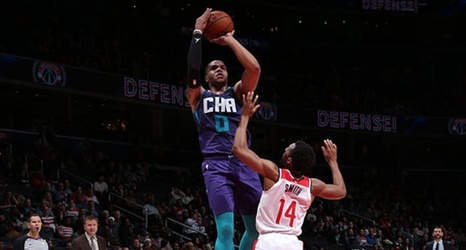 A season-long five-game homestand comes to an end for the Charlotte Hornets tonight as they’ll close out their nine-day stay at Spectrum Center by taking on the Washington Wizards starting at 7 PM EST.

Charlotte is coming off a 122-107 loss to the Atlanta Hawks on Sunday evening, which marked the second straight game things got away from the team at the start of the fourth quarter. Over the past two outings, the Hornets have registered a second-half defensive rating of 129.6, a substantial drop from the 109.3 mark its produced in the opening two quarters.

“The thing in our game is that it’s all cyclical,” said Coach Borrego after Monday’s practice.