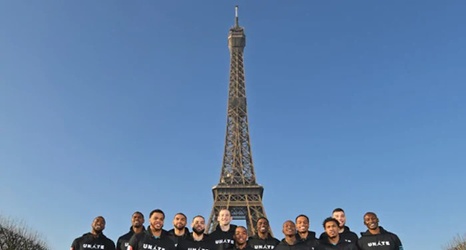 The Charlotte Hornets are going global and looking to snap a seven-game slide against a staunch Milwaukee Bucks squad starting this afternoon at 3 PM EST at the AccorHotels Arena in Paris, France.

Today’s outing marks the first time the organization has ever played a regular season game outside of North America and fourth time overall counting preseason contests in Paris (1994), Shenzhen, China (2015) and Shanghai, China (2015). While the game itself is undoubtedly the primary focus of the trip, the experience of traveling overseas to play shouldn’t be taken for granted says Hornets Head Coach James Borrego.