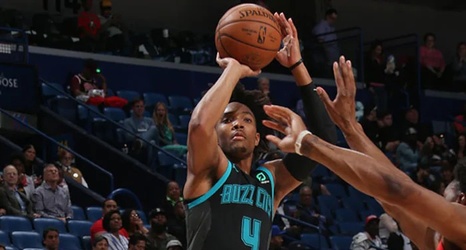 The Charlotte Hornets will look to wrap up a three-game homestand on a winning note as they get set to welcome the New Orleans Pelicans to Spectrum Center for a 7 PM EST tipoff tonight.

Boston knocked off the Hornets, 108-87, on Thursday night in Charlotte, holding the hosts to a season-low 38.4% shooting and just 19.4% from three-point range. Despite the offensive struggles, Devonte’ Graham says the team is progressing defensively, as evidenced by its 105.7 rating on that side of the court over the last four games (115.5 in season’s first four games).

“We’re taking baby steps every practice, every game,” he said after Thursday’s game.