Hornets back court lights up Warriors in team’s biggest win of the season, 106-91 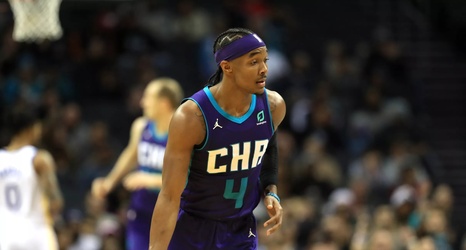 Devonte’ Graham tied the team record with ten made 3-pointers as part of a 33 point night and Terry Rozier scored 25 points as the Charlotte Hornets beat the Golden State Warriors comfortably, 106-91.

James Borrego declared with full confidence in pregame interviews that his team would start fast tonight. He wasn’t wrong. The Hornets scored the first seven points of the game. The Warriors would answer with seven straight of their own, but in all, the Hornets played the first quarter well. Terry Rozier started the game on fire, hitting his first four shots en route to a 12 point first quarter.