Hornets: 3 trades that haunt the franchise to this day 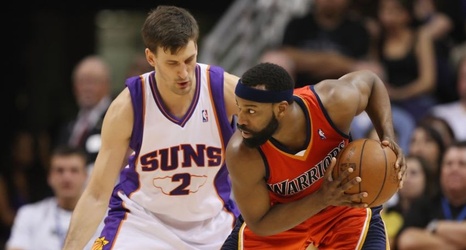 PHOENIX - MARCH 13: Baron Davis #5 of the Golden State Warriors looks to pass against Gordon Giricek #2 of the Phoenix Suns at US Airways Center on March 13, 2008 in Phoenix, Arizona. NOTE TO USER: User expressly acknowledges and agrees that, by downloading and or using this Photograph, user is consenting to the terms and conditions of the Getty Images License Agreement. (Photo by Lisa Blumenfeld/Getty Images)

Since the Hornets first season in 1988, the Hornets have been on the wrong end of the stick for quite a few NBA trades. Many of the worst trades for Charlotte’s organization came from infamously cheap owner George Shinn.