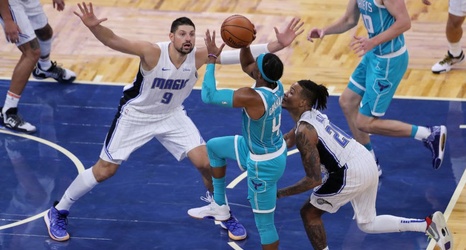 As the preseason ends, the Charlotte Hornets will look to start the regular season strong.

The Charlotte Hornets fell to the Orlando Magic in their final preseason game, dropping their overall preseason record to a lowly 1-3. While this is concerning, there were a lot of bright spots that should encourage Charlotte fans.

One thing to get excited about was the fight the team showed in the second half of the game. The Hornets got down big early in the game, and would eventually be down as much as 20 points, but the team continued to claw back and even gained the lead in the fourth quarter before Magic’s Cole Anthony floated one in, to go up 118 to 117 late in the fourth.