Could James Bouknight Win Rookie of the Year? 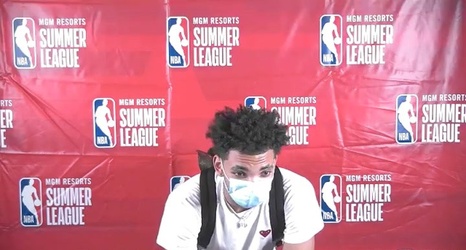 Last season, point guard LaMelo Ball became the third player in Charlotte Hornets history to win the NBA Rookie of the Year award joining Larry Johnson (1991-92) and Emeka Okafor (2004-05). Okafor did it in the team's first season of being named the Bobcats.

Could the organization be on the verge of claiming the award in back-to-back seasons with rookie guard James Bouknight?

It's possible but the odds are not in Bouknight's favor. He will be in a situation where he will be coming off the bench to provide an offensive spark while guys like Cade Cunningham (Pistons), Jalen Green (Rockets), and Jalen Suggs (Magic) will be playing a heavier load of minutes as starters.