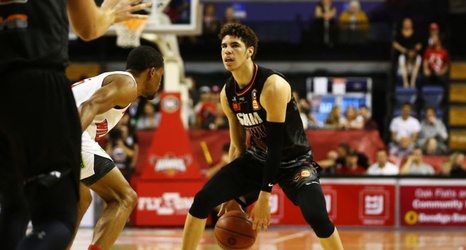 WOLLONGONG, AUSTRALIA - OCTOBER 27: Lamelo Ball of the Hawks in action during the round four NBL match between the Illawarra Hawks and the Perth Wildcats at Wollongong Entertainment Centre on October 27, 2019 in Wollongong, Australia. (Photo by Mark Nolan/Getty Images)

The NBA draft is only a few weeks away and the Charlotte Hornets should be honing in on LaMelo Ball.

The Charlotte Hornets have quite a few options to pick up with their number three draft pick and LaMelo Ball is definitely an amazing option. Ball may be one of the best players in this year’s draft and he can easily elevate the Hornets to new levels.