Charlotte Hornets look to rebound against the New Orleans Pelicans 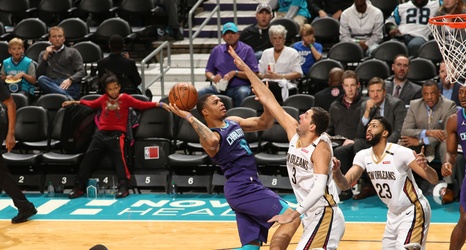 Things didn’t exactly go according to plan for the Charlotte Hornets (4-4) in their last game. They honored their greatest player ever in his return and fans gave him a roaring ovation. Yet, the outcome of the game was less than desirable, to say the least.

Time must move on, though, and with yet another back-to-back coming up, the team must look for ways to avoid another blowout.

Speaking of blowouts, that’s all the Hornets have known this year, at least in their losses. In their four losses this season, they have been beaten by an average of just over 19 points a game.