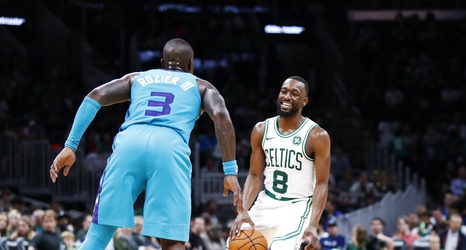 For the second straight game, the Charlotte Hornets (4-3) will have to face a familiar player. Last game, it was Jeremy Lamb and the Indiana Pacers. In their next game, it will be Kemba Walker and the Boston Celtics (5-1).

Although they faced them in the preseason, this one will hit closer to home given that it’s a meaningful game this time.

Much as been written and covered over the years about the impact Kemba Walker had on the city of Charlotte and fans of the team. Thus, this game will elicit quite a few emotions from the crowd, the team, and Kemba himself.