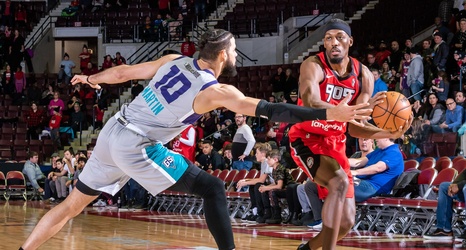 Ever since Mitch Kupchak (General Manager) and James Borrego (Head Coach) took the reigns of the Charlotte Hornets franchise, the G-League has been a major tool for a franchise incredibly focused on the development of their players.

Devonte’ Graham spent some of his rookie season in the G-League, and he clearly benefited from that experience as a first-year player. Now, he’s the best player on the roster, has a 40-point game under his belt and even had some potential All-Star recognition from many across the league.

Another player who has benefited from past G-League assignment is Dwayne Bacon.