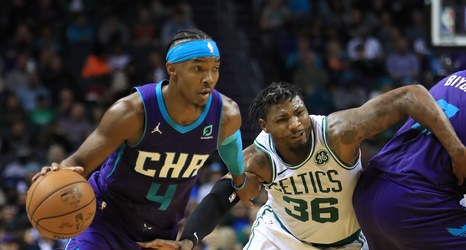 After starting the 2019-20 season so strong, Devonte’ Graham is being pegged by many Charlotte Hornets fans as a starter in the making. Some think he should be starting right now, but keeping him in his bench role may be ideal, for now, anyway.

I mean, he is practically playing starter minutes right now, but his role as an energizer and instant scorer has been very valuable to the second unit as a point guard. When he’s getting run with the starters, you typically see him at the shooting guard spot in two-guard lineups.