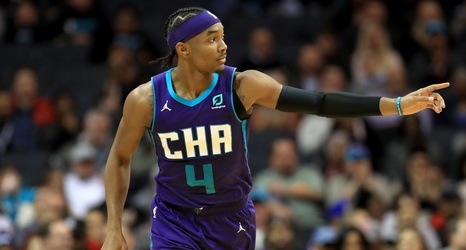 Many may agree with the title of this article, but the numbers for the Charlotte Hornets’ second-year player Devonte’ Graham do not lie. Through twenty-three games, Graham has made the second-most three-pointers in the NBA.

Graham is playing in his second pro season, and he’s currently averaging 18.7 points and 7.7 assists per game. To add to his average, Graham has almost managed to knockdown 82 three-pointers.

Graham is coming off a win over the Golden State Warriors where he made ten three-pointers. This was enough to tie the Hornets’ franchise record with threes made in a game that was previously held by Kemba Walker.