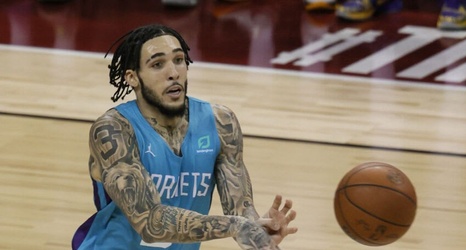 LAS VEGAS, NEVADA - AUGUST 09: LiAngelo Ball #8 of the Charlotte Hornets passes the ball up the court against the Sacramento Kings during the 2021 NBA Summer League at the Thomas & Mack Center on August 9, 2021 in Las Vegas, Nevada. The Kings defeated the Hornets 80-70. NOTE TO USER: User expressly acknowledges and agrees that, by downloading and or using this photograph, User is consenting to the terms and conditions of the Getty Images License Agreement. (Photo by Ethan Miller/Getty Images)

With the future of the Charlotte Hornets in the hands of Rookie of the Year point guard LaMelo Ball, it’s another Ball brother that’s been making the headlines during the NBA Summer League.