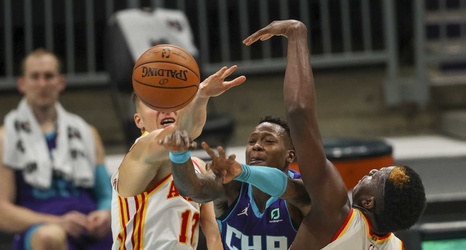 The Hawks built a 24-7 lead in the early going, holding the Hornets to just 2 of 13 from the field.

Charlotte battled back to take its first lead midway through the third quarter behind Rozier, who knocked down a pair of 3s from the top of the key. Charlotte later pushed its lead to double digits in the fourth behind back-to-back driving layups from trade deadline pickup Brad Wanamaker.